Stephen Kerr has lived in Stirling, with his wife Yvonne since 1982. He has four children.

Stephen Kerr was born in Dundee in 1960. He was raised on a council estate in Forfar, Angus. His father was a butcher to trade and worked for the local branch of the Coop. His mother was a shop assistant. He attended a local primary school and later, Forfar Academy and left school at 16 to work as a bank junior.  After returning from a two year period of church voluntary service in London, Stephen graduated from Stirling University with a honours degree in Business.

His career has largely been spent working in business, mainly in sales and marketing. His role immediately prior to his election involved heading the sales teams for an international company (Kimberly Clark) in the UK, Ireland and France.

He stood previously as a Conservative candidate in the 2005 and 2015 General Elections and was finally successful in 2017 where he was sent to Parliament in Westminster to represent the Stirling Constituency. As an MP he spoke up for Stirling and Scotland, helped people throughout the constituency and served on the Business Energy and Industrial Strategy Select Committee. 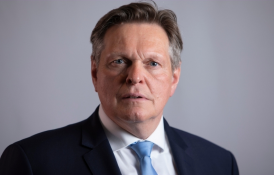