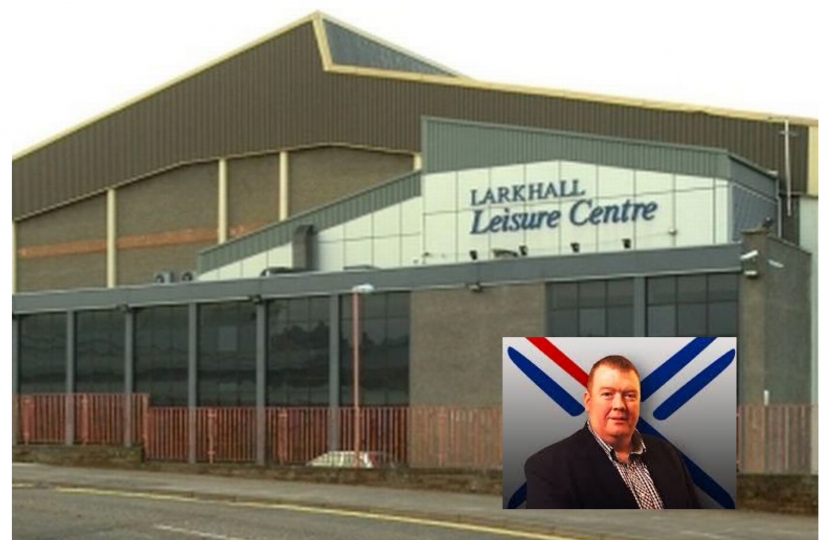 Today at the Executive meeting of the council a report was produced in regards to the Capital Programme for the remainder of this year. Included within this paper was the money that was agreed for the design phase of our new leisure centre.

This results in an unacceptable delay in making a decision to support Larkhall.

The money which had been secured for the design phase of the New Larkhall Leisure Centre was part of the funding which is to be deferred until next year.

I am utterly dismayed at this decision and openly stated at the meeting that the people of Larkhall have continually been short changed on the current state of their public leisure facilities compared to the surrounding areas of South Lanarkshire and this is no longer acceptable.

I put forward an amendment that the funding for the New Leisure Centre not be deferred and we continue with the design phase as previously planned. Unfortunately this amendment was supported only by my fellow Scottish Conservative Councillors all other political parties voted against the amendment.

The response from the officers was that the work of the Cross Party Working Group on the Leisure Trust was still ongoing and that we must await the outcome of their work to set the future strategic direction of the project. I find this totally unacceptable but without wider support I was unable to win the point.

Furthermore I have been duly advised that if the Cross Party Working Group require additional funding before the new Capital Year then this will have to be brought back before the council and agreed.

I will continue to hold council accountable for the continued lack of public leisure facilities and will not rest until this matter has an acceptable resolution.