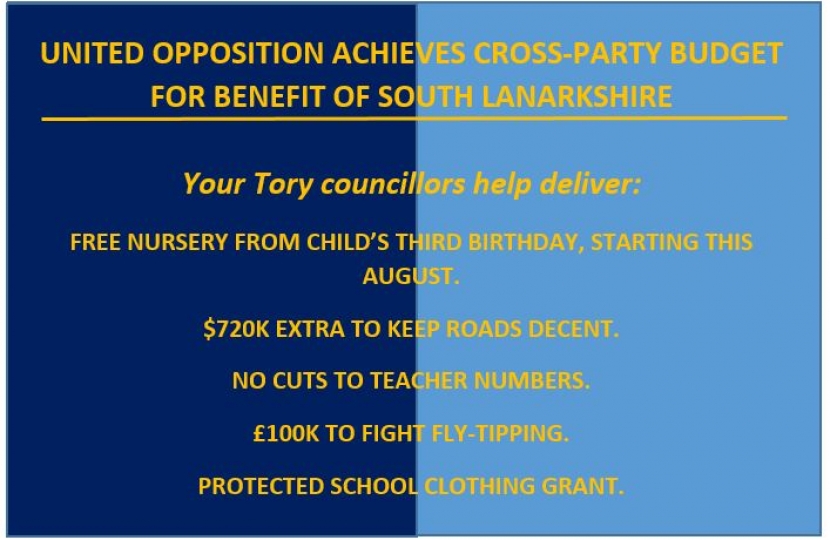 The Tory, Independent and Labour groups rejected plans that would have seen further decline in the area’s roads and delayed the introduction of free-at-three nursery provision.

A cross-party opposition budget was instead adopted by 35 votes to 24. Only SNP councillors backed their administration’s stance.

“Our budget fully protects all the council’s actions to fight poverty, gets money for roads, ensures working families will benefit from nursery places, and it insists on greater transparency in how the council is run.

“We have always been clear that we would work with others in the best interests of everyone in South Lanarkshire.

“Today the Tories and our counterparts in the other opposition parties did exactly that and put the needs of our communities above our political differences.”