Support needed to get drivers onto the road 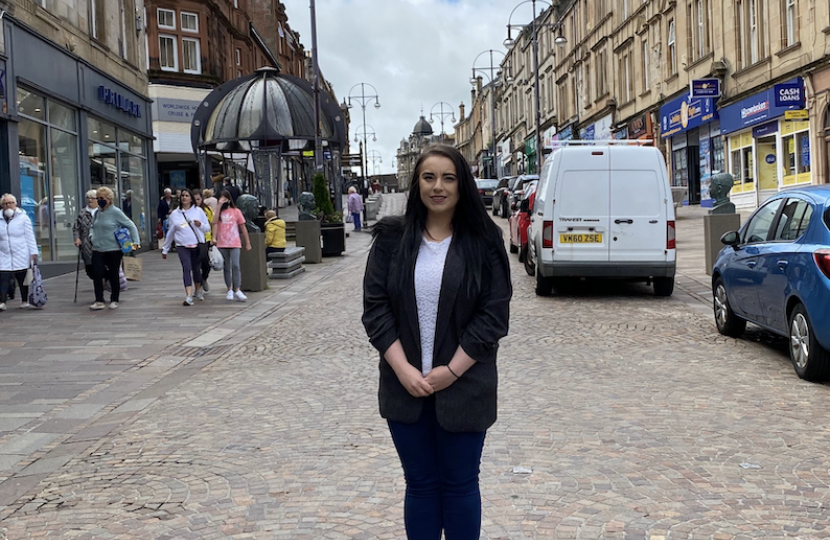 Scottish Conservative and Unionist representative Meghan Gallacher has voiced concerns over the amount of potential driving tests that have been missed during lockdown months.

Councillor Gallacher, who currently represents Motherwell West and is standing for the Hamilton, Larkhall and Stonehouse constituency in next year’s Scottish Parliament election has highlighted figures from the Driver and Vehicles Standards Agency.

While Councillor Gallacher fully accepts that driving lessons and tests needed to stop due to the pandemic, she has raised concerns that potentially thousands have missed out on carrying out tests, particularly young people looking to get on the road for the first time.

As someone who carried out her own test in Hamilton, Councillor Gallacher says having a driving licence and access to a car is vital for young people looking to get into the world of work.

She says the SNP Government must ensure that support is in place in order to tackle any backlog for instructors and test centres, with only an indicative date given for lessons to resume on August 24.

That is in stark contrast to England, where lessons have been up and running from the beginning of July.

Commenting, Councillor Meghan Gallacher said: “While it was right that driving lessons and tests stopped as we went into lockdown, these figures showing the amount of tests that normally take place during the months of April-August.

“With over 2,000 tests normally taking place in Hamilton in these months, it shows the vast amount of people seeking to get on the road for the first time.

“As someone who took my own test in Hamilton, I know how important it is for not only drivers in Hamilton but right around North Lanarkshire.

“Having access to a driving licence and a car is so vital for job prospects, especially for our young people if we want them to remain and the region and offer opportunities following the Covid pandemic.

“The SNP Government needs to ensure that support is in place for businesses and test centres in order to deal with the inevitable backlog, with any resumption of lessons still at least a couple of weeks away.”