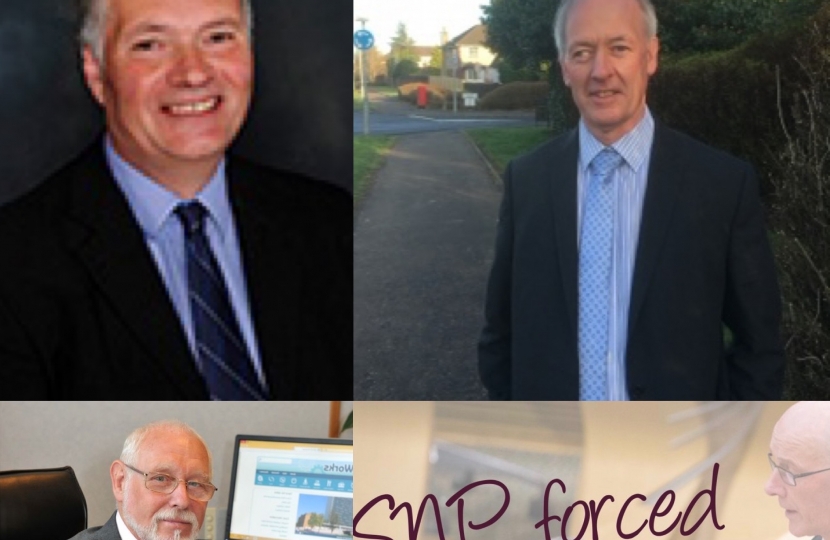 Today SNP Council Leader and chair of the Executive Committee John Ross, rejected the request from opposition groups to discuss the recent exam results shambles as an item of urgent business.

Conservative Group Leader Alex Alison commented, “This further shows the SNP group are not prioritising education as Cllr Ross did not think the exam scandal was worthy of being an item of urgent business.”

“Cllr Ross and the SNP group are hiding from scrutiny on this matter and have went against their word on being open and transparent during their administration.”

Many students, parents and teachers have slammed the Scottish Government on the way they have handled this shambles. The SNP have been in charge of Scotlands Education for 13 years and the First Minister, Nicola Sturgeon asked to be judged on Education. Their handling of Exam results this year would have increased the attainment gap, further disadvantaging students from Scotland’s most deprived communities.

“Pupils worked hard for their prelims & coursework and they were rewarded by people who seemingly decided that teachers' judgement was not good enough. Results were "moderated" in a manner that, in some cases, would potentially wreck career prospects as the new grades possibly would not be good enough for their desired university course.

“However, the fact that a "school's past performance" was taken into account is the most concerning part of this whole shambles. We encourage our pupils to try harder, yet they were penalised by the performance of those who have gone before. What does that teach a student who wants to break out of the poverty they may be in? How does that encourage pupils to try harder?

“We welcome the u-turn made by the Scottish Government in response to an outcry from students, teachers and opposition parties.

“Ultimately, this just adds to the shambolic list of failures which John Swinney has presided over as Secretary for Education - it is time he recognises that his position is untenable and should offer his resignation.”

This week at SLC Education Resource Committee, Councillors were updated on the Resources response to COVID-19 in line with the Government guidelines and recent changes since the return of online learning.