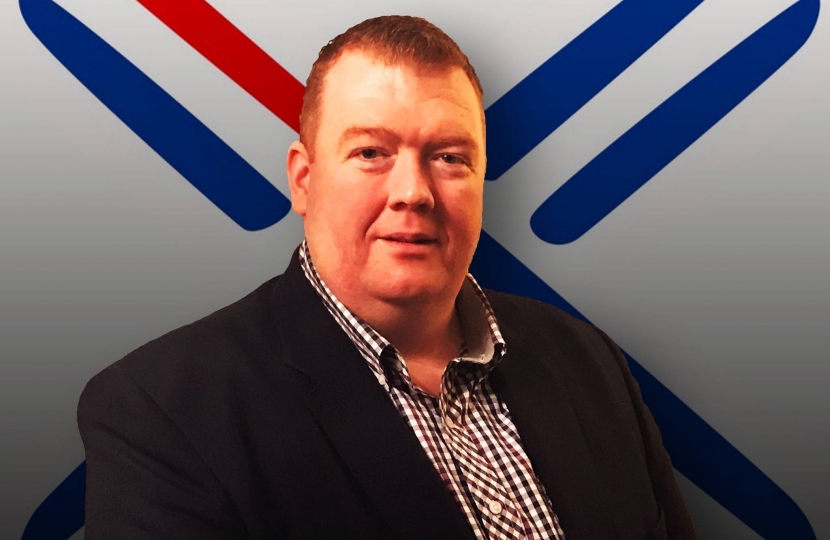 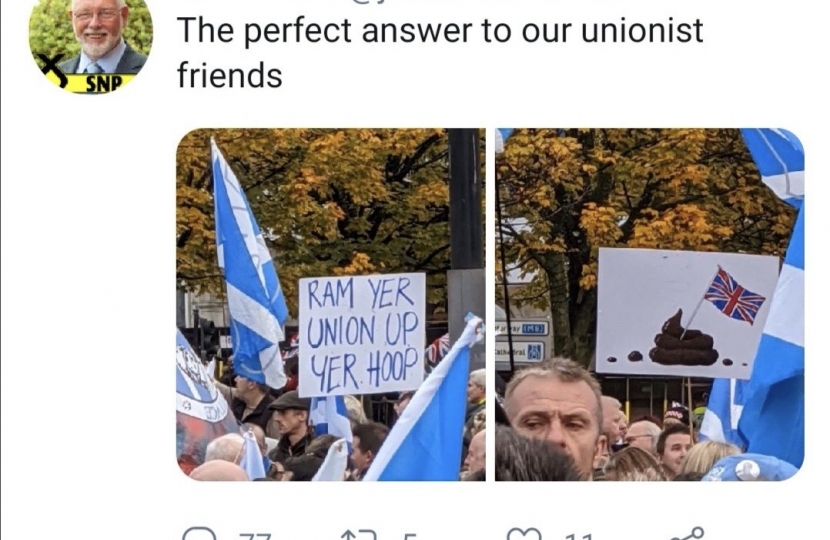 Whilst the Conservative Group wholeheartedly support the right for freedom of speech and expression, we feel that in this case Cllr Ross’s tweet was highly offensive and derogatory, targeting people based upon their cultural choices and personal beliefs. We fully respect the decision made by the Commissioner for Ethical Standards in this matter whoever this is not the first time The Conservative Group have submitted complaints about Cllr Ross’s conduct.

Councillor Richard Nelson, Business Manager for The Conservative Group, said “We here in the Conservative Group are appalled by the comments made by Cllr Ross and feel that such derogatory comments go beyond the realms of freedom of speech. The leader of South Lanarkshire Council should be expected to show a higher level of responsibility and decorum when communicating on social media.” Cllr Nelson added “Despite calls from councillors and members of the public he has so far only offered a half-hearted apology in the form of a brief tweet. We feel that someone in Cllr Ross’s position should have taken responsibility for his comments and issued a full formal apology.”

We would hope that in future Cllr Ross will consider the ramifications and offense that such comments made in the heat of the moment can cause. Elected members are duty bound to aide and support all members, groups and cultures within their wards and constituencies regardless of whether or not they hold the same ideals and beliefs as yourself.