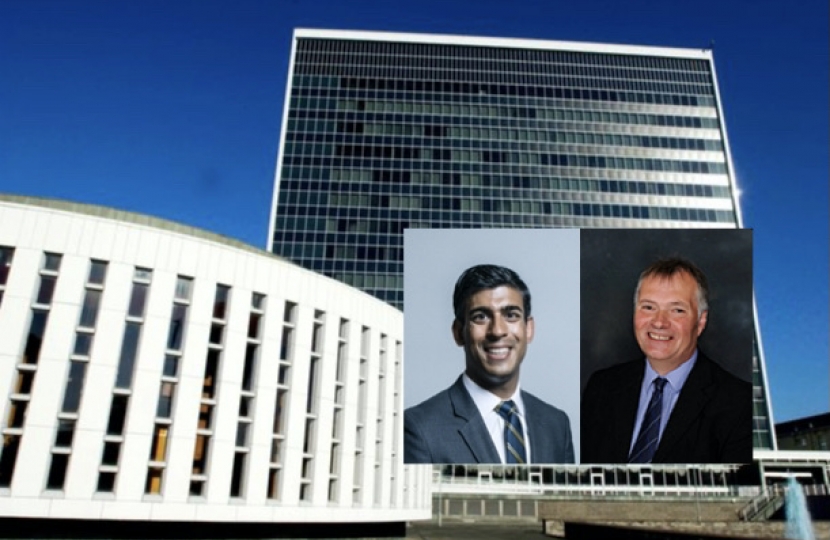 Yesterday at the South Lanarkshire Council Meeting, the Labour group raised a motion - for the council to send a letter to the UK Chancellor & Prime Minister, asking that the £20 per week increase to Universal Credits be made permanent. It passed with support from the SNP, Lib Dems and Independent group. The conservatives defended the UK Government's increased support throughout the pandemic for those on benefits.

Conservative group leader, Cllr Alex Allison commented, “South Lanarkshire Councillors should focus their use of council business to help our constituents by using the powers that we have at the local government level, rather than sending out pompous letters to the Prime Minister and Chancellor.”

The UK Chancellor, last week announced the extension of the £20 per week increase for all Universal Credit claimants to run to October - well beyond the end of this national lockdown. After October, those poorest families on universal credits will continue to receive the increase which is worth £1040 per year.

Despite the mounting debt, the Chancellor has continued to increase spending to support as many families and individuals as possible. This increase in Universal Credits is estimated to cost taxpayers an additional £6 Billion per year.

Conservative councillors defended the UK Government's position and put up an amendment to instead thank the UK government for the increased pandemic support through universal credits and the furlough scheme. The amendment was defeated.

Cllr Allison continued, “The Chancellor last week announced a 6 month extension to the £20 per week increase in support to all those on Universal Credits. In addition to this, an increase in the National Living Wage of £345 per year, starting from April and being extended to 23 and 24 year olds.

“The UK Government has exceeded expectations in its funding throughout the pandemic providing £10 Billion to Holyrood in COVID pandemic support with a further £1.2 Billion announced in last week's budget.

“Businesses and individuals here in South Lanarkshire have been supported by the UK Government through various schemes, grants and VAT cuts. We will benefit from the UK Government's “Plan for Jobs” as they invest funding to fuel the UK’s economic recovery, lifting people out of benefits and back into work.”