Margaret Mitchell MSP was educated at Coatbridge High and taught for many years in primary and special education in Lanarkshire before leaving the teaching profession to study law. Margaret later graduated from Strathclyde University with an LLB and Diploma in Law and Legal Practice.

Margaret is a former Justice of the Peace and also a former Non-Executive Director of Hairmyres and Stonehouse NHS Trust. Margaret has been a councillor and was special adviser to David McLetchie MSP and James Douglas-Hamilton MSP prior to being elected to the Scottish Parliament in 2003 as a member for Central Scotland.

In addition, Margaret is a member of the Commonwealth Parliamentary Association (CPA) Scotland Branch Executive Committee. 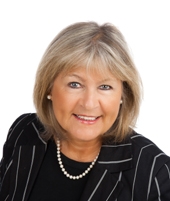 Get in touch with Margaret:

Margaret holds weekly surgeries in her local office at 104 Cadzow Street, Hamilton on Monday and Friday evenings from 5pm - 6pm by appointment only. Please call 01698 282 815 to arrange.