Graham Simpson is a Conservative MSP for Central Scotland

I have represented the Central Scotland region since May 2016 and I was a councillor for East Kilbride West from 2007 until 2017. In the election for my second term I topped the poll, recording one of the biggest vote share increases of any Conservative in Scotland.

I was a journalist from 1983 until my election to the Scottish Parliament, finishing my career in newspapers at the Scottish Sun.

I was born in Aberdeen and have lived in East Kilbride for over 20 years with my wife and our two daughters - although the girls have spread their wings now.

Outside of politics I enjoy watching football, I enjoy cycling and hill walking when I get the chance – I am also the species champion for the Billberry Bumblebee – a species found in the Scottish hills - and the holly.

I am a keen jazz fan. I have been lucky to see some of the greats, including Miles Davis, Sonny Rollins, Art Blakey, Horace Silver etc.

You can contact Graham by email on Graham.Simpson.MSP@Parliament.Scot, by telephone on 0131 348 6984, or you can visit his website www.grahamsimpson.org.uk

The Scottish Conservatives have chosen Graham Simpson as their candidate for East Kilbride in the 2021 Scottish Parliamentary election.

Mr. Simpson, a former journalist, is seeking his second term in office, having been first elected in 2016.

The Scottish Conservatives have launched their manifesto for the Local Government elections on the 4th of May.

The manifesto – entitled ‘Localism for Growth’ – will set out the party’s plan to oppose a second referendum on independence, and reverse a decade of SNP centralisation.

This is a brief note to tell you that a planning application has been submitted to build 19 houses at the site of the Stewartfield Farm in Dunrobin Drive. 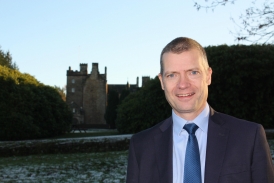 Get in touch with Graham: