With the incumbent SNP MSP standing down, he is making a monumental effort to finally take the Clydesdale seat. To that has planned and is executing a full campaign, for which he has raised funds to more than match the association’s contribution.

He was born in to a middle class Scottish family, but when just 10 his mother was left to raise three children with absolutely no financial help. For seven years, she juggled at least 3 different jobs at once. He and his brothers learnt everything from cooking and ironing to financial independence whilst still in short trousers… there’s hardly a fruit or vegetable he hasn’t picked, a dish he hasn’t cooked (or washed) or golf bag he hasn’t dragged round 18 holes!

Eric has had a 35 year career as a financial adviser, married, had two children and settled near Biggar 26 years ago.

Unfortunately, in 2004 he suffered a C3-C5 spinal injury that left him paralysed from the neck down. Initially the paralysis was total, with him unable to swallow or digest food, but after almost a year in hospital, he was able to hobble around and regain partial use of his hands.

As the money ran out, he spent a year on benefits, before setting up his own Financial Advice business, recruited a new cohort of clients and ran that for 15 years, before selling it last year, to run for Holyrood.

Being now in a wheelchair has given Eric a whole new perspective on life!

Eric says, “I know how it feels to find yourself dependent on the state to feed your family, the barriers to proper healthcare, how difficult it can be to be taken seriously in business, and politics, how the tokenism of disability legislation helps to ingrain disability rather than re-enable the disabled.”

According to the last Scottish census, one in five of the population carries a limiting disability of some sort, yet there is only one out of the 129 MSPs who openly declares his disability… others prefer to hide their issues, but I wonder what message that sends out – is disability something to be ashamed of?”

All that being said, I don’t intend to just represent the disabled, but I do have life experience to help me understand their views; the views of the NHS; the wealthy and the poor; the employed, the unemployed and the employer; the parent and the child.”

To paraphrase Kipling, I have met Triumph and Disaster, and treated those two imposters just the same! 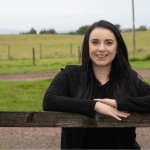 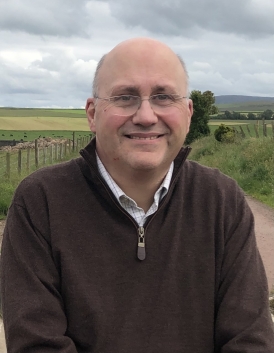 Get in touch with Eric: