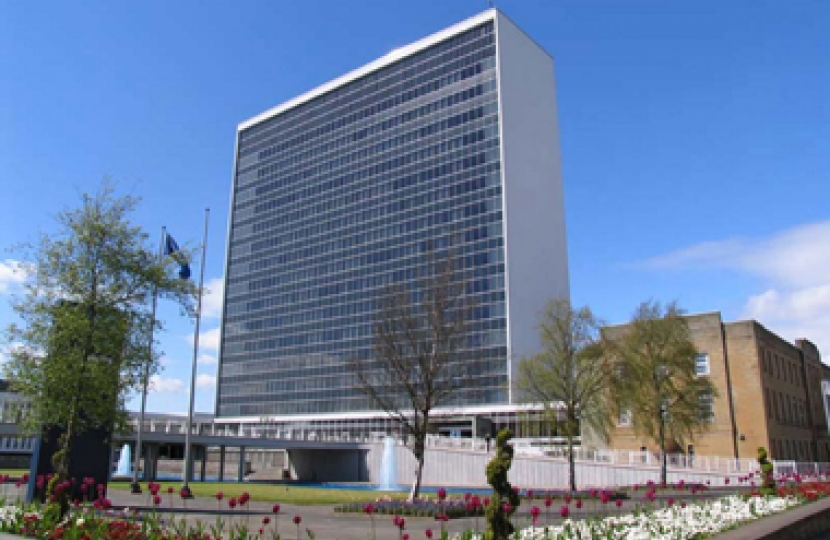 THE CRISIS engulfing South Lanarkshire’s minority SNP administration deepened as the council leader sensationally blocked scrutiny of its use of urgent powers.

Opposition councillors were stunned when the nationalist leader shut down debate of an item before the council’s executive committee, refused to answer questions and unilaterally decreed a Conservative amendment would not be debated.

The drama unfolded on Wednesday (21 November) at a meeting of the council’s executive committee.

A motion to note the administration had used powers to urgently appoint one of its senior members as a director of the South Lanarkshire Leisure and Culture Trust was challenged by Conservative and Labour councillors.

They sought an explanation for why the administration judged the appointment of a new director to be so urgent that it could not follow the standard process of proposing it to the next executive committee.

A request was made for the administration to confirm it had not done so in order to prevent the Trust board from meeting.

In an unprecedented move, the council leader then told the committee he would not discuss the issue further and simply declared the motion passed – refusing councillors’ right to discuss it and put forward alternatives.

Councillor Alex Allison, the leader of the opposition Conservative Group, said: “This is a sad day for local democracy in South Lanarkshire.

“Any administration, of whatever party, is subject to scrutiny by all councillors. It has to be prepared to answer difficult questions about its decisions.

“This was an unmistakable attempt to prevent any oversight of recent decisions and block the right of South Lanarkshire’s elected representatives to hold the local government to account.”

The crisis began to unfold last month when a veteran SNP councillor resigned from the party.

Reports followed that ‘dictatorial’ party bosses had pressured East Kilbride councillor David Watson to quit as chair of the Leisure and Culture Trust over the process for handling an employee grievance.

He was said to have insisted that as chair of an arms-length organisation, he was bound to follow its legal advice unless the board agreed otherwise.

Following his resignation the council’s SNP administration used urgent powers – known as a 36c measure – to appoint its own business manager, Cllr Peter Craig, to the Trust board.

He was then made its interim chair and swiftly ended the next board meeting, which meant its directors could not discuss the grievance process or determine how the Trust should proceed.

Cllr Allison continued: “It would be hugely concerning if the SNP administration interfered in the running of an independent board.

“We have heard the charity regulator may already have opened an investigation and there is speculation official complaints have been made that the Companies Act was breached.

“The administration cannot try to hide behind a wall of silence and hope this all just goes away. It won’t.

“If the Trust is judged not to be truly independent then that would have serious financial consequences for this authority and risk huge amounts of public money desperately needed for vital local services.

“This is a crisis entirely of the SNP administration’s making. They need to stop avoiding public scrutiny and start being open about their actions.”