"Councillors are to vote on a revised package of savings. The plan to remove school buses for some pupils has been removed and the proposal to  axe 126 full-time equivalent posts from school support staff has also been taken out.

The Conservative Group has been in private discussions with Eddie McAvoy for some time over the proposed budget.

We lobbied for the removal of the proposal to cut 126 school support workers, saving £2million and we put forward fully costed proposals to do this.

Our view that these school staff do a vital job has been accepted and they are to be retained.

We are delighted about this.

Our own proposals are still with the council leader and will no doubt feature in a future savings exercise. Suffice to say that we found it pretty easy to identify ways in which the council could save million without affecting the service to the public.

We are fully behind the plan to remove the planned saving on mainstream school transport.

This was also something we discussed with Eddie McAvoy. Our fear was that it would lead to extra congestion around already busy schools, which is clearly a safety issue.

We were also concerned at some of the frankly inappropriate walking routes which were being put forward solely to prevent the council having to put on buses.

It’s a relief all round." 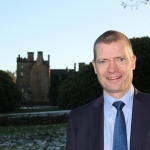